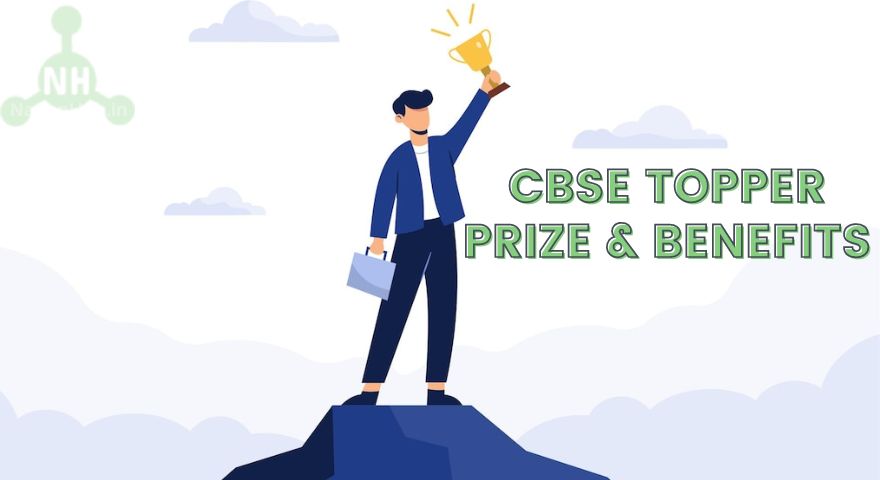 Securing a top rank in the board exams of the largest education board of our country – CBSE is a prestigious task. Students who top the CBSE Board examinations all over the country are given many CBSE Topper Prizes and Benefits along with the respect and validation.

As per a report of Hindustan Times,  the Education Ministry provided a sum of Rs. 1 lakh to 200 CBSE Class 12 topper in the year 2013. However, it is not confirmed that if this scheme is currently going on or not.

These 200 toppers are divided equally among the streams, 50 students chosen from each science, humanities, commerce and vocational stream.

Along with the Cash prize, CBSE class 10 topper and Class 12 toppers are also given preferences while admissions to colleges along with benefits in the fees and admission process.

INSPIRE is a scheme introduced by the Department of Science and Technology for the students who have topped CBSE Board and wish to pursue their higher education in the Science field.

Under this scheme, DST offers about 10,000 scholarships every year to the students pursuing Natural Sciences in which they are given INR 80,000 annually for their higher education.

There is no clear update whether this scheme is currently going on or not. Similarly, almost all the states offer some awards to the CBSE Toppers.

Being the topper of the central board of our country is very beneficial in all the aspects of the student’s life. Some of the CBSE Topper’s Benefits are mentioned below: