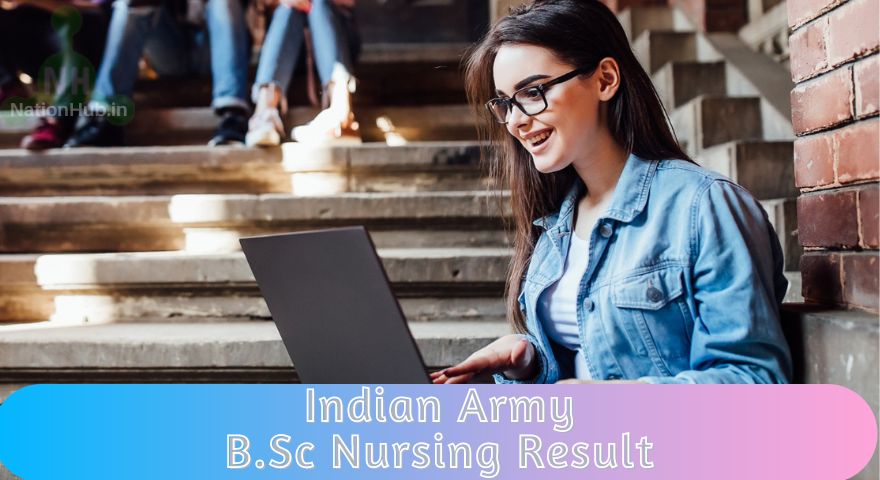 This course is specially meant for female nursing aspirants to grant admission to six different nursing colleges in the Indian army. The qualified candidates are eligible for the next step which is the interview and the medical exam. Read through the article to know more about the Indian Army BSc Nursing Result 2023 date, website, steps to check.

In order to check the Indian Army BSc. Nursing Results 2023 the candidates can follow the following steps:

The candidates are advised to check the following details on their nursing results in case of any dispensary.

What after the Indian Army Nursing Results 2023?

Once the authorities release the Indian Army BSc. Nursing Result 2023, the qualifying candidates will receive a mail on their registered email id including the date, time, and venue of the interview plus the required documents to be carried along with them. The candidates should carry the required documents and reach the destination on time. It’s important to qualify for the interview in order to be a part of the final merit list.

The final merit list of the Indian army BSc. Nursing Result 2023 will be released after the completion of all three stages, i.e, Interenace exam, interview, and medical examination. The candidates who clear all the stages will be called by the authorities for admission and will be allotted seats on the basis of their preference and availability of the same in respective colleges.