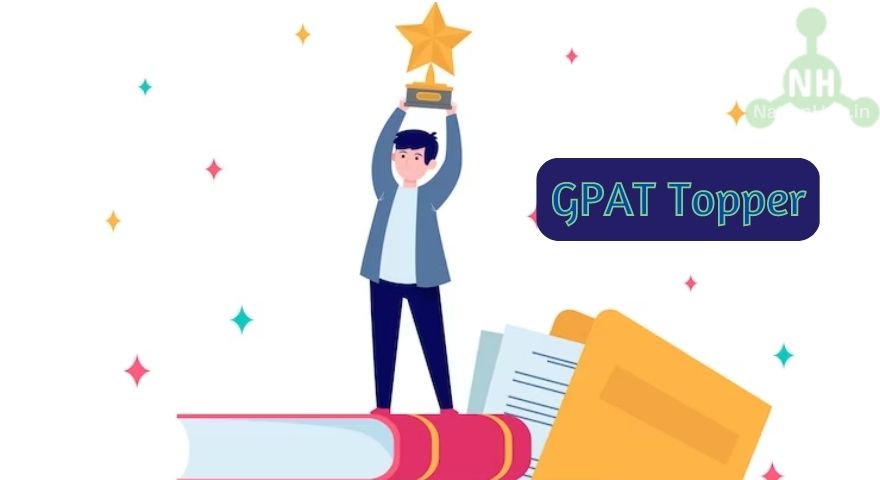 GPAT Topper 2023 – National Testing Agency (NTA) announces GPAT 2023 Topper list on the official website – gpat.nta.nic.in. Candidates can check the marks scored and All India Rank, etc from the GPAT Topper 2023 list that is published after announcement of GPAT 2023 Result.

National Testing Agency (NTA) prepares and publishes the GPAT Topper 2023 list of the candidates who scores highest marks and AIR 1, 2, 3 and top rankers of GPAT 2023 exam. Check out significance of GPAT topper 2023:

As per data given by NTA, the following table illustrates the details of GPAT Topper previous years. Go through the respective table for a particular year of the GPAT list of topper.

Here is the list of topper ranked All India Level scheduled by NTA.

Check out the toppers of GPAT 2021, as data given by NTA.

The National Testing Agency (NTA) prepares the merit list of candidates who score higher GPAT Cutoff 2023. Aspirants who clear GPAT 2023 may wait till the announcement of GPAT Topper 2023 to know their AIR.

GPAT Merit List 2023 comprises details such as name of the candidate, marks scored in GPAT 2023, Cutoff marks, percentile and the All India Rank (AIR), etc. Candidates who obtain higher AIR are able to be placed in the leading Pharmacy college/University to pursue M.Pharm/M.Tech/MBA (Pharm).

GPAT 2023 Scores are accepted by around 800 colleges in India. GPAT Topper 2023 list is prepared based on the marks obtained by candidates and not on the basis of category of candidates. Validity of GPAT 2023 Scores is for 3 years from the date of publication.

Candidates may visit gpat.nta.nic.in to know the updates of GPAT Topper 2023 list.

What is the validation period of GPAT 2023 Scores?

GPAT Scores 2023 is valid up to three years from the date of result publication.