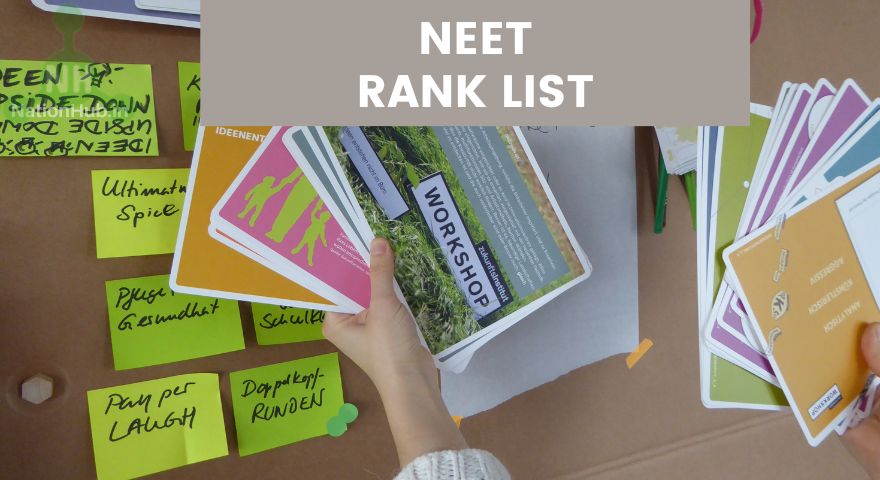 NEET State wise Rank List 2023 – State counseling committee will release NEET 2023 state-wise rank list soon after the NEET 2023 result online announcement. The NEET rank list 2023 state-wise is published for the admission to the 85% state quota and all the seats in the private and medical colleges.

The exam is conducted for admission to MBBS, BDS, AYUSH, and BVSc. and AH courses. Once the NEET state wise rank list 2023 is released, the state admission committees will start counseling based on NEET merit list 2023 and other norms. Admission to private and government colleges is granted through the merit list. Aspirants have to fulfill the eligibility criteria for the same.

The concerned authorities prepare and release the state rank list of NEET 2023 based on the marks obtained in the NEET exam. The qualified students must have passed the eligibility criteria for the same. Many states release provisional NEET rank list mentioning candidate’s detail.

For that, aspirants have to report at the venue for the verification of documents and certificates. After the verification process is done, the final NEET state wise rank list 2023 that is released by the authorities would be used for NEET 2023 counselling.

Aspirants must have completed the 12th class or the equivalent to pursue MBBS/ BAMS/ BDS/ BUMS or other medical courses through NEET. Along with that, they have to clear NEET 2023 exam with a minimum cutoff percentile. Here is the list of NEET 2023 percentile along with NEET cut off marks that will give the aspirants a brief idea about the percentile.

Here are the important aspects related to the NEET state wise rank list 2023.

In case two students secured the same marks and are from the same state, then the tie-breaking criteria that would be applied are given below.